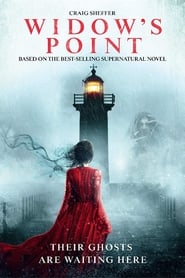 An author who spends a weekend locked in a haunted lighthouse as a publicity stunt for his next book becomes a target for powerful supernatural forces.

The movie Widow’s Point is a vivid confirmation of the fact that `it is not so important what you tell, it is important how you do it`.

Greg Lamberson set the movie at a frantic pace, all 90 minutes, from start to finish, the action does not let go, while it goes harmoniously, without sudden jumps and plot failures.

Despite the dryish script in places, Greg Lamberson created a good movie: the atmosphere is perfectly conveyed, everything in the frame looks natural, each actor is in his place.

The movie keeps tight grip on until the final credits, despite the fact that Craig Sheffer, John Renna, Kaelin Lamberson, KateLynn E. Newberry, Michael Thurber, Richard Satterwhite performed their roles rather weakly, probably Stanislavsky himself would have told them: `I don’t believe`.