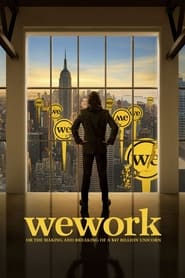 WeWork: or The Making and Breaking of a $47 Billion Unicorn GoMovies

Explore the rise and fall of one of the biggest corporate flameouts and venture capitalist bubbles in recent years – the story of WeWork, and its hippie-messianic leader Adam Neumann.

WeWork: or The Making and Breaking of a $47 Billion Unicorn GoMovies Review

WeWork: or The Making and Breaking of a $47 Billion Unicorn is not just a movie, it is life as it is, without embellishment, Jed Rothstein perfectly revealed the harsh, sometimes funny, but most importantly, real reality.

Jed Rothstein set the movie at a frantic pace, all 104 minutes, from start to finish, the action does not let go, while it goes harmoniously, without sudden jumps and plot failures.

You fall in love with this movie from the first scene, Jed Rothstein thought through everything to the smallest detail: a cool acting game and a plot, in which, in addition to drive, there is also depth, they catch to the depths of the soul.

The movie keeps tight grip on until the final credits, despite the fact that Adam Neumann performed their roles rather weakly, probably Stanislavsky himself would have told them: `I don’t believe`.

Trailer: WeWork: or The Making and Breaking of a $47 Billion Unicorn