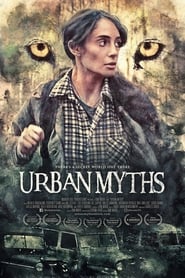 A group of high school seniors embark on a spring break camping trip to investigate the myths they had been researching and learning from their History teacher. During their trip, they stumble on an old haunted Indian Burial ground and get more than they bargained for when some of the group start to vanish. This film showcases some of the best that Northern Michigan has to offer, along with an all-star cast.

The movie turned out to be very organic, there is no other detail in it, perfectly balanced: dynamics, tension, musical accompaniment, 90 minutes flew by in one breath.

The characters are interesting and not stereotyped, but the Courtney Gains, Joe Estevez, Kassandra Voyagis, Lou Ferrigno Jr., Lucas Adams, Sophie Simmons, who brought them to life, pumped up a little, because they did not always play their roles reliably, apparently, they could not fully feel their heroes.