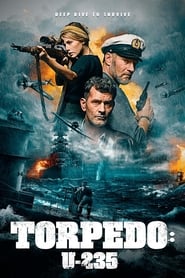 Torpedo is not just a movie, it is life as it is, without embellishment, perfectly revealed the harsh, sometimes funny, but most importantly, real reality.

What I love about Action, Adventure, War is that absolutely any movie made in this genre always has such an important component as an unrealistically cool musical accompaniment.

Ella-June Henrard, Gilles De Schryver, Koen De Bouw, Robrecht Vanden Thoren, Stefan Perceval, Thure Riefenstein, Vic de Wachter were able to believably play the proposed characters, in modern cinema this is a great rarity, because not every actor is able to feel the character as himself.