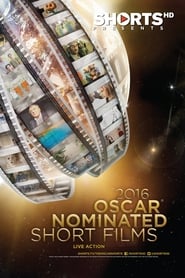 Collective screening of the Academy Award nominated short films from the Live Action category for 2016.

Nowadays it is very rare to see movies that can really come in handy in real life, so The Oscar Nominated Short Films 2016: Live Action has become a truly valuable find for me.

Without a good acting role, watching The Oscar Nominated Short Films 2016: Live Action would have been simply unbearable, Philip Rosch managed to convey the characters of the characters so naturalistically that it is almost impossible to tear yourself away from what is happening on the screen.