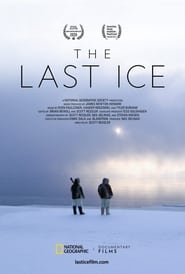 For centuries, Inuit in the Arctic have lived on and around the frozen ocean. Now, as climate change is rapidly melting the sea ice between Canada and Greenland, the outside world sees unprecedented opportunity. Oil and gas deposits, faster shipping routes, tourism, and fishing all provide financial incentive to exploit the newly opened waters. But for more than 100,000 Inuit, an entire way of life is at stake. Development here threatens to upset the delicate balance between their communities, land, and wildlife. Divided by aggressive colonization and decades of hardship, Inuit in Canada and Greenland are once again coming together, fighting to protect what will remain of their world. The question is, will the world listen?

The Last Ice is not just a movie, it is life as it is, without embellishment, perfectly revealed the harsh, sometimes funny, but most importantly, real reality.

This movie can be disassembled into quotes, never before in 83 minutes I have not been able to experience such a wide range of emotions, just wrapped my soul on a fist.