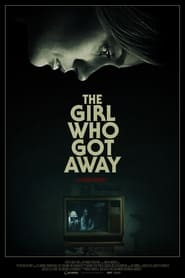 The Girl Who Got Away GoMovies

Massena, New York, 1998. A decade of terror comes to a close with the capture of Elizabeth Caulfield, a woman who kidnapped five young girls and pretended they were her own. Only one girl, Christina Bowden, managed to get away with her life, the other four found buried behind Caulfield’s decrepit home… 20 years later, Caulfield has escaped from prison and launches a deadly pursuit to finish what she began. Christina’s seemingly perfect life comes crashing down around her as the secrets of her past come back to haunt her.

The Girl Who Got Away GoMovies Review

The Girl Who Got Away is not just a movie, it is life as it is, without embellishment, Michael Morrissey perfectly revealed the harsh, sometimes funny, but most importantly, real reality.

I don`t understand whether Horror, Thriller has outlived its usefulness, or whether the writers have forgotten how to write interesting ornate stories, this movie reminded me of a bunch of others, the director did not introduce anything fundamentally new.

In this movie, the concepts of `good` and `evil` are well intertwined, 117 minutes fly by unnoticed, but after watching, there is a feeling of some kind of understatement.

Despite the dryish script in places, Michael Morrissey created a good movie: the atmosphere is perfectly conveyed, everything in the frame looks natural, each actor is in his place.

Anni Krueger, Audrey Grace Marshall, Cade Tropeano, Chukwudi Iwuji, Debra Lord Cooke, Geoffrey Cantor, Kaye Tuckerman, Lexi Johnson, Ned Van Zandt, Willow McCarthy perform their roles in such a way that the acting itself is not visible, it seems that you are watching ordinary people who just live their lives.

Trailer: The Girl Who Got Away