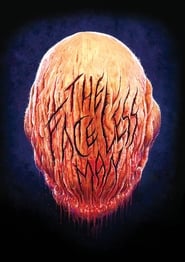 Emily is a recovering cancer survivor of three years. Faced with her fear of getting sick again, her best friend Nina plans a weekend away. Six friends venture out to a country holiday house to party over a weekend. Cut off from the rest of the world they soon learn the inhabitants are unsettling red neck individuals who terrorize and humiliate travelers. At the same time a para-normal monster seen as the faceless man haunts the house pushing the friends to their limits.

I liked the movie The Faceless Man, thanks to the boring dialogue between the characters and the really intriguing moment of their interaction with each other, 106 minutes of time were well spent.

The movie turned out to be very organic, there is no other detail in it, perfectly balanced: dynamics, tension, musical accompaniment, 106 minutes flew by in one breath.

The characters are interesting and not stereotyped, but the Andy McPhee, Brendan Bacon, Lucas Pittaway, Roger Ward, who brought them to life, pumped up a little, because they did not always play their roles reliably, apparently, they could not fully feel their heroes.