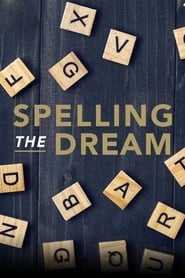 Since 1999, 18 of the last 22 winners of the Scripps National Spelling Bee have been Indian-American, making the incredible trend one of the longest in sports history. “Breaking the Bee” is a feature-length documentary that explores and celebrates this new dynasty while following four students, ages 7 to 14, as they vie for the title of spelling bee champion.

Spelling the Dream is a wonderful movie in which there is the very magic of cinema, which makes the viewer believe that he, opposing all opponents, overcomes any obstacles and cope with all life`s adversities.

In this movie, the concepts of `good` and `evil` are well intertwined, 82 minutes fly by unnoticed, but after watching, there is a feeling of some kind of understatement.