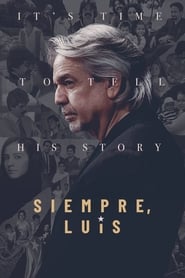 A story that embodies the tenacity and passion of the American Dream, this documentary is a portrait of the pioneering activist Luis A. Miranda Jr. Luis is a decades-long fighter for Latino communities, a key player in the New York and national political arena, and a loving father of three – including the award-winning composer, lyricist and actor, Lin-Manuel Miranda.

In this movie, the concepts of `good` and `evil` are well intertwined, 95 minutes fly by unnoticed, but after watching, there is a feeling of some kind of understatement.

The movie keeps tight grip on until the final credits, despite the fact that Ed Koch, Hillary Clinton, Jeffrey Seller, Lin-Manuel Miranda, Luis Miranda, Nancy Pelosi performed their roles rather weakly, probably Stanislavsky himself would have told them: `I don’t believe`.