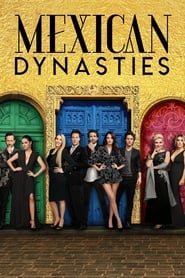 A spotlight on the notoriously private, high society world in Mexico City focusing on three family dynasties that made their fortunes in the entertainment, beverage and luxury car company industries.

This series received an honorable third place in my personal hit parade, special thanks to for the wonderful cast and for 1, because there should be as much good cinema as possible!