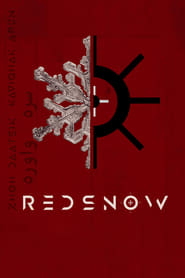 Red Snow is a dramatic adventure that begins when Dylan, a Gwich’in soldier from the Canadian Arctic, is caught in an ambush in Panjwayi, Afghanistan. His capture and interrogation by a Taliban Commander releases a cache of memories connected to the love and death of his Inuit cousin, Asana, and binds him closer to a Pashtun family as they escape across treacherous landscapes and through a blizzard that becomes their key to survival.

I liked the movie Red Snow, thanks to the boring dialogue between the characters and the really intriguing moment of their interaction with each other, 100 minutes of time were well spent.

The characters are interesting and not stereotyped, but the Link Baker, Michelle Thrush, Samuel Marty, Steven Cree Molison, Tantoo Cardinal, who brought them to life, pumped up a little, because they did not always play their roles reliably, apparently, they could not fully feel their heroes.