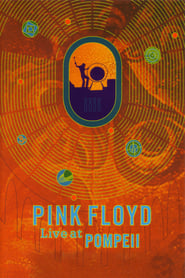 Stylish film of the British progressive rock band Pink Floyd in 1971 performing a concert with no audience, in the ancient Roman Amphitheatre in the ruins of Pompeii, Italy. Songs are interspersed with interviews, and footage of Pink Floyd in the studio working on their next album, the legendary Dark Side of the Moon.

Pink Floyd: Live at Pompeii is not just a movie, it is life as it is, without embellishment, perfectly revealed the harsh, sometimes funny, but most importantly, real reality.

A wonderful movie with a twisted plot, which in 1972 was accompanied by great posters and promo shots, it was nice to see David Gilmour, Nick Mason, Roger Waters in one project.

The movie keeps tight grip on until the final credits, despite the fact that David Gilmour, Nick Mason, Roger Waters performed their roles rather weakly, probably Stanislavsky himself would have told them: `I don’t believe`.