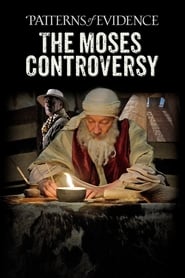 This documentary reveals amazing evidence connected to Moses’s ability to write the first books of the Bible and why most mainstream scholars are blinded to that possibility today.

Nowadays it is very rare to see movies that can really come in handy in real life, so Patterns of Evidence: The Moses Controversy has become a truly valuable find for me.

Tim Mahoney set the movie at a frantic pace, all 140 minutes, from start to finish, the action does not let go, while it goes harmoniously, without sudden jumps and plot failures.

You fall in love with this movie from the first scene, Tim Mahoney thought through everything to the smallest detail: a cool acting game and a plot, in which, in addition to drive, there is also depth, they catch to the depths of the soul.