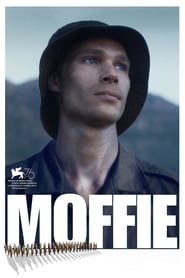 Based on André Carl van der Merwe’s book, Moffie (a derogatory Afrikaans term for a gay man) follows the story of Nicholas van der Swart: from a very young age, he realises he is different. Try as he may, he cannot live up to the macho image expected of him by his family, by his heritage. At the age of 19 he is conscripted into the South African army and finds his every sensibility offended by a system close to its demise, and yet still in full force. Set during the South African border war against communism, this is a long overdue story about the emotional and physical suffering endured by countless young men.

Moffie is not just a movie, it is life as it is, without embellishment, perfectly revealed the harsh, sometimes funny, but most importantly, real reality.

What I love about Drama, Romance, War is that absolutely any movie made in this genre always has such an important component as an unrealistically cool musical accompaniment.

This movie can be disassembled into quotes, never before in 103 minutes I have not been able to experience such a wide range of emotions, just wrapped my soul on a fist.