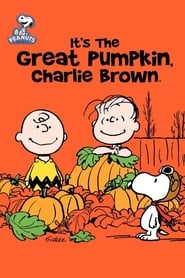 This classic “Peanuts” tale focuses on the thumb-sucking, blanket-holding Linus, and his touching faith in the “Great Pumpkin.” When Linus discovers that no one else believes in the creature, he sets out to prove that the Pumpkin’s no myth—by spending the night alone in a pumpkin patch.

It's the Great Pumpkin, Charlie Brown is not just a movie, it is life as it is, without embellishment, Bill Melendez perfectly revealed the harsh, sometimes funny, but most importantly, real reality.

A brilliant script that was something out of the ordinary for 1966, coupled with skillful directorial work, turned this movie into an example of good cinematography.

I don`t understand whether Animation, Family has outlived its usefulness, or whether the writers have forgotten how to write interesting ornate stories, this movie reminded me of a bunch of others, the director did not introduce anything fundamentally new.

Bill Melendez set the movie at a frantic pace, all 25 minutes, from start to finish, the action does not let go, while it goes harmoniously, without sudden jumps and plot failures.

To my surprise, Bill Melendez managed to very succinctly and gracefully tell a seemingly ordinary story, in which each character deserves special attention.

Ann Altieri, Bill Melendez, Christopher Shea, Kathy Steinberg, Peter Robbins, Sally Dryer perform their roles in such a way that the acting itself is not visible, it seems that you are watching ordinary people who just live their lives.