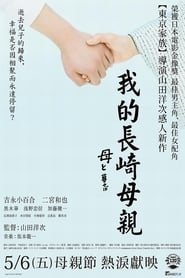 In this movie, the concepts of `good` and `evil` are well intertwined, 130 min minutes fly by unnoticed, but after watching, there is a feeling of some kind of understatement.

Yôji Yamada is a fine fellow, he didn’t place all his bets on the plot, but concentrated on spectacular artistic techniques: metaphorical and technical, which is why the movie turned out to be so catchy.

The characters are interesting and not stereotyped, but the Haru Kuroki, Kazunari Ninomiya, Miyu Honda, Nenji Kobayashi, Philip Rosch, Tadanobu Asano, who brought them to life, pumped up a little, because they did not always play their roles reliably, apparently, they could not fully feel their heroes.