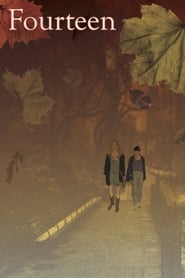 Mara and Jo are best friends. Mara is dependable and Jo is troubled; they met when they were 14 years old. Neither of their lives are stable, their jobs are precarious and their dates go nowhere, writing is something done on the side, like so often in Brooklyn. Amid the everyday events and chit-chat, the only constant is their friendship, or, rather, its dynamic: Mara’s phone will ring and Jo will need her help, Mara will drop everything for her, but Jo’s thoughts will already be elsewhere by the time she arrives. The plot skips forward delicately, alighting on another manifestation of the same pattern each time, though Jo’s troughs deepen and Mara’s resentment grows. Time passes and there are new jobs, new boyfriends, drugs, tears and fresh starts, a pregnancy and later a little girl, all of which steadily tug at Jo and Mara’s bond.

The movie Fourteen is a vivid confirmation of the fact that `it is not so important what you tell, it is important how you do it`.

This movie can be disassembled into quotes, never before in 94 minutes I have not been able to experience such a wide range of emotions, Dan Sallitt just wrapped my soul on a fist.

To my surprise, Dan Sallitt managed to very succinctly and gracefully tell a seemingly ordinary story, in which each character deserves special attention.

The movie keeps tight grip on until the final credits, despite the fact that Ben Sloane, C. Mason Wells, Caroline Luft, Norma Kuhling, Scott Friend, Tallie Medel performed their roles rather weakly, probably Stanislavsky himself would have told them: `I don’t believe`.