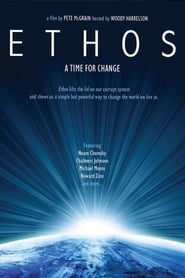 Hosted by twice Oscar nominated actor and activist Woody Harrelson, Ethos lifts the lid on a Pandora’s box of systemic issues that guarantee failure in almost every aspect of our lives; from the environment to democracy and our own personal liberty: From terrifying conflicts of interests in politics to unregulated corporate power, to a media in the hands of massive conglomerates, and a military industrial complex that virtually owns our representatives. With interviews from some of todays leading thinkers and source material from the finest documentary film makers of our times Ethos examines and unravels these complex relationships, and offers a solution, a simple but powerful way for you to change this system!

Ethos is not just a movie, it is life as it is, without embellishment, perfectly revealed the harsh, sometimes funny, but most importantly, real reality.

A wonderful movie with a twisted plot, which in 2011 was accompanied by great posters and promo shots, it was nice to see Bernie Sanders, Chalmers Johnson, Creed Bratton, Howard Zinn, Michael Moore, Noam Chomsky, Tony Benn, Woody Harrelson in one project.

In this movie, the concepts of `good` and `evil` are well intertwined, 72 min minutes fly by unnoticed, but after watching, there is a feeling of some kind of understatement.

Bernie Sanders, Chalmers Johnson, Creed Bratton, Howard Zinn, Michael Moore, Noam Chomsky, Tony Benn, Woody Harrelson were able to believably play the proposed characters, in modern cinema this is a great rarity, because not every actor is able to feel the character as himself.