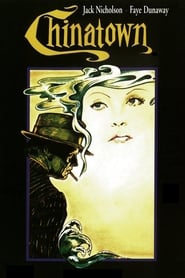 Private eye Jake Gittes lives off of the murky moral climate of sunbaked, pre-World War II Southern California. Hired by a beautiful socialite to investigate her husband’s extra-marital affair, Gittes is swept into a maelstrom of double dealings and deadly deceits, uncovering a web of personal and political scandals that come crashing together.

I liked the movie Chinatown, thanks to the boring dialogue between the characters and the really intriguing moment of their interaction with each other, 130 minutes of time were well spent.

The movie was released in 1974, its main advantage is a really solidly cobbled together plot, in which the main characters are correctly revealed.

What I love about Crime, Drama, Mystery, Thriller is that absolutely any movie made in this genre always has such an important component as an unrealistically cool musical accompaniment.

In this movie, the concepts of `good` and `evil` are well intertwined, 130 minutes fly by unnoticed, but after watching, there is a feeling of some kind of understatement.

Despite the dryish script in places, Roman Polański created a good movie: the atmosphere is perfectly conveyed, everything in the frame looks natural, each actor is in his place.

Without a good acting role, watching Chinatown would have been simply unbearable, Diane Ladd, Faye Dunaway, Jack Nicholson, James Hong, John Hillerman, John Huston, Perry Lopez, Richard Bakalyan, Roman Polański, Roy Jenson managed to convey the characters of the characters so naturalistically that it is almost impossible to tear yourself away from what is happening on the screen.