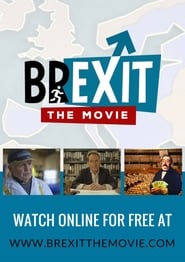 A feature-length documentary to show why Britain should vote to LEAVE the EU – and would thrive outside of it. Brexit: The Movie spells out the danger of staying part of the EU. Is it safe to give a remote government beyond our control the power to make laws? Is it safe to tie ourselves to countries which are close to financial ruin, drifting towards scary political extremism, and suffering long-term, self-inflicted economic decline?

Brexit: The Movie is a wonderful movie in which there is the very magic of cinema, which makes the viewer believe that he, opposing all opponents, overcomes any obstacles and cope with all life`s adversities.

This movie can be disassembled into quotes, never before in 71 min minutes I have not been able to experience such a wide range of emotions, just wrapped my soul on a fist.

Without a good acting role, watching Brexit: The Movie would have been simply unbearable, John Mills, Philip Rosch managed to convey the characters of the characters so naturalistically that it is almost impossible to tear yourself away from what is happening on the screen.