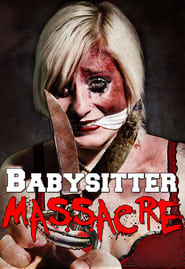 A group of young women teamed together in their youth to run a babysitting business, when one of their friends died suddenly the group fell apart. Now years later they are all going their separate ways as college approaches, but on Halloween night someone is torturing and killing every member of the babysitter club…

I liked the movie Babysitter Massacre, thanks to the boring dialogue between the characters and the really intriguing moment of their interaction with each other, 78 min minutes of time were well spent.

The movie turned out to be very organic, there is no other detail in it, perfectly balanced: dynamics, tension, musical accompaniment, 78 min minutes flew by in one breath.

The movie keeps tight grip on until the final credits, despite the fact that Erin R. Ryan, Marylee Osborne, Philip Rosch performed their roles rather weakly, probably Stanislavsky himself would have told them: `I don’t believe`.